This May Be Why Google Is Shutting Down Google+

It came as a rude shock to virtually everyone when Google announced that it will soon retire Google+, its social media platform. This sent cold shivers down the spines of a lot of people that have been doing some social media marketing on the platform.

Even though Google did not state the reason for the planned closure of the social media marketing platform that seems to be doing well, it is believed that this may have to do with the security issues the platform encountered in March. The issue led to the exposure of more than half a million accounts.

Google didn’t report it because it felt nobody gained considerable access into the exposed accounts on the platform. Unfortunately,Google was wrong on this. News later filtered into the air that well over 400 applications created by some digital marketing companies were able to gain access into some of the accounts pulling data like age, gender, occupation,email addresses, and usernames.

Although Google fixed the issue as soon as it was discovered, it was already too late and a lot of information had been pulled by numerous digital marketing companies. According to Google’s announcement,Google+ will be closed by August 2019. Since it was created to compete directly with Facebook, this may be good news for the latter.

However, it won’t be a total shutdown. Only the consumer version will be shut down while the corporate version will still continue to operate. Users of the platform in South Florida, West Palm Beach, and other parts of Florida have begun to get ready for the shutdown.

It is necessary to mention the fact that expectations are high that Google will replace the platform with a better one pretty soon. In fact, they may be working on it right now. May be the replacement will be ready before August 2019 when the consumer version of Google+ will be shut down.

There are several lessons to be learnt from this new development. Companies that have adopted only Google+ as its social media marketing platform will have problems now. The first lesson is that companies should market their products and services on multiple platforms.

Secondly, the security breach that occurred on Google+ in March is an indication that no platform is 100% secure. Remember, saying that Google+ will be shut down because of the security issue it encountered, is a speculation. However, if the speculation is true, it could mean that the security breach was much more than what Google thought and it is just a matter of time before the truth is blown out just like the Facebook – Cambridge Analytica scandal.

The point is, if you have registered on Google+ before March, chances are high that your accounts could be among the ones that have been compromised. As a response, you should change all that can be changed.

The Benefits Of Social Media Marketing In Boca Raton

Social media marketing services will work alongside various businesses and companies in South Florida who are looking to place themselves in the right position. These services are designed to put businesses on the correct path by helping them to identify the social media services that are going to work best for them.

Boca Raton businesses have a bevy of social media apps to choose from and it can be tough for them to learn more about each. For example, one company may have a great deal of success by using Pinterest. Meanwhile, there are other companies that may decide that they are better off using Instagram or Snapchat.

Social media is a wonderful way for businesses to successfully convert leads. When a customer has found themselves compelled to visit your social media page, it is typically because they are looking to learn more about your company. It is a sign that they are interested and ready to develop a closer relationship.

There are simply too many businesses jockeying for the attention of the consumer and it is high time for companies to learn more about how they can differentiate themselves from the crowd. Today’s consumer wants to make purchases from a business that has their best interests at heart. They are not interested in enduring some long winded form of traditional advertisement.

A top notch social media page is also going to drive visitors to your company’s official website. Users are far more likely to take further interest in what you have to offer in these instances. This is especially true for companies who are willing to offer high quality visual content to all of their valued customers.

Social media is also crucial because it is an environment that encourages users to share. If someone has recently visited your place of business and enjoyed a positive experience, they are far more likely to share it with their friends and loved ones. This generates more leads and from there, South Florida businesses can enjoy more sales.

At this moment in time, a progressive company cannot afford to miss out on the benefits of social media. Social media levels the playing field and lets all West Palm Beach companies compete. The size of the business does not matter. All that matters is that they possess a high level of ingenuity and an ability to laugh at themselves online. 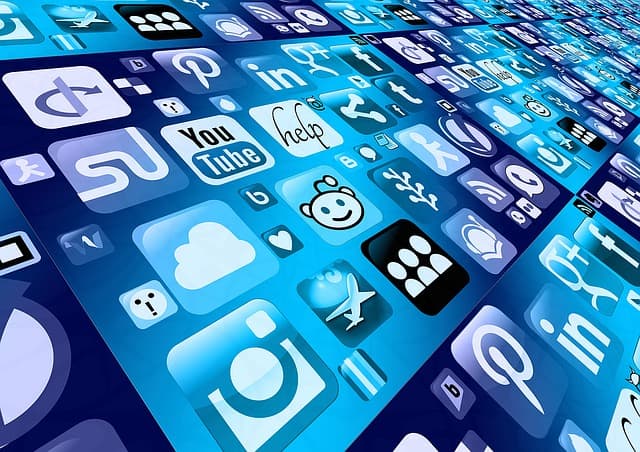 Social media has become the sales tool of the new century. Businesses in South Florida market locally, nationally, and internationally. Social media marketing allows your business to sell 24/7 in more markets than any other form of marketing or advertising. If you do not believe this just look at what President Trump does with social media. These are some of the ideas that work best to make social media make money for you.

Do not do this yourself

You may have grown up with social media or have run a social media web page of your own. Selling is totally different. You need a trained professional. Use experts in social media marketing services instead of your in house people.

The reason you want to use social media marketing services is that they can pick the social media that is most appropriate for your business model and product. The resources include proven programs that can be tailored to your company so you see income results quickly.

Picking an expert guarantees quality content. The artificial intelligence that determines search engine optimization has become involved in social media to some extent. The AI does not manage individual’s posts. The AI does evaluate you company posts for originality and content. Bad grammar, bad content, and content similar to your competition can demote your entire site in search results.

Let your clients sell for you

Your service will show you that a few of your clients are very vocal in praise of your product or service. This is a fantastic opportunity. Several scientific and psychological studies have shown that people pay more heed to what fellow customers say about you than what you say.

Engaging the vocal client is like having a free sales person. The fact is that that free salesperson can make more sales for you than even the best paid sales person you have. You need to be careful and not overdo your engagement or your client salesperson may feel that they are being used and turn into a troll.

Trolls or people hired by you competitors to cause trouble on your social media pages can easily be contained and squashed by a professional.

Social media pages have been used as an entry point to data bases that contain your client’s sensitive information. The necessity of being able to order through social media is a necessary hazard. Professionals can see the first signs of an attempted data breach and prevent a calamity that could devastate your business.